Ile de Ré and King Island: two islands with much in common.

It all began with a man who built a restaurant with cabins (accommodation) in Sea Elephant Bay, on the East coast of King Island. The man was very proud of his building.

Many years later he approached Mrs Clemons and asked her what she knew of Baudin. It seems that someone suggested that he name his restaurant Baudin’s but he had no idea why. And so Mrs Clemons, who was a teacher of French at King Island’s only school, had great pleasure informing him of the very special place held by Captain Nicolas Baudin in the history of King Island…

During the war between the French and the English, Napoleon Bonaparte had a wish to make France great in the area of scientific knowledge. And so it was that Captain Nicolas Baudin, who had been born in St-Martin-de-Ré in 1754 (17th of February), was made commander of two ships: two corvettes, Le Naturaliste and Le Géographe, and a team of scientists and artists, so that he could travel to the unknown parts of “Terres Australes”, and discover new plants and new animals. The British gave Captain Nicolas Baudin a certificate of safe passage.

The trip was very successful and more than 200 000 different species were brought back to France on the Naturaliste. On board the ships were two novice artists, Petit and Lesueur, who recorded by painting and drawing on velum the animals, plants and indeed the native people of Australia.

The French expedition had great success also in connecting with the native people of East Tasmania, which was called Van Diemen’s Land, unlike the English. Unfortunately, as Baudin travelled north, some damage was caused to the ships and it was necessary to sail to Port Jackson (now Sydney), the English settlement, for repairs. While there, Baudin spent much amicable time with Governor King and his wife. At the same time the chief scientist Francis Peron circulated a rumour that Baudin would claim Van Diemen’s Land for the French nation.

Baudin and his expedition travelled south and entered the treacherous Bass Strait between the mainland of Australia and Tasmania. The ships entered a bay on the eastern side of King island where the beach was full of seals and elephant seals. There they stayed for several days with the scientists camping in tents on the shore. During that time there was a big storm and the scientists could not be reached from the ships. They were without food but were helped by a group of British sealers who were camped at the northern end of the bay. They were treated to big meals of stew made from the wombats that the sealers’ dogs had caught. These sealers had aboriginal women with them. This was the only aboriginal presence on the island.

Imagine the surprise for Baudin when a small broken English ship arrived in the same bay! Baudin assisted Lieutenant Robins with repairs to his ship and shared food and information. To his great shock he awoke on the morning of the 14th of December to see a tattered British flag flying from a tree next to the scientists’ tent and a guard standing beside. That same day Lieutenant Robins delivered a letter from Governor King explaining his purpose.

Baudin then wrote two letters to be returned to Governor King: one official letter and one from one friend to another. This second letter was the most interesting: at that time and even more as history progressed. Baudin had made several observations:

And so the expedition led by Captain Nicolas Baudin left King Island (claimed by the British) and sailed along the south of Australia. Baudin sent the Naturaliste with François Peron ahead of the Géographe. Needing to avoid rough weather the Geographe sailed up the west coast, to the island of Timor.

By the time Baudin arrived in East Timor it was observed that he was very ill. Wanting to return to France, no doubt to get the recognition he deserved, he eventually sailed on to Ile de France (Mauritius) where he died of Tuberculosis on the 16th of September 1803.

It was not until the year 2000 that Baudin was recognized for his tremendous work in the name of scientific exploration. There now exists an organisation charged with keeping the memory of Baudin and his work alive: “Les Amis de Baudin”.

In 2002 there were exhibitions and celebrations to commemorate the 200th anniversary of the expedition and show appreciation for Captain Nicolas Baudin. In Swansea on the east coast of Tasmania there was a festival called “France to Freycinet”. In Perth, the capital city of Western Australia a wealthy donor allowed the creation of an extraordinary exhibition that presented artworks, maps and specimens from Baudin’s travels.

On King Island the people imagined that they had been claimed for the French. The shops and businesses in the main town Currie had French signs; there was an open air market in the main street; a small French embassy displayed a large model of the Eiffel Tower made by students from the school; a group sang in French at the market and another group danced around the Eiffel Tower and the exhibition from W.A. arrived thanks to a benefactor with family connections. The students in the school made paper maché lanterns in the shape of the sea creatures found by the scientists as well as a symbolic sailing ship, which led a parade at Sea Elephant Bay. This was followed by a picnic and a play where a kangaroo told the story of what she had seen happen in December 1802. There was even a French flavour with announcements and fashions of the field at the Saturday horse racing event.

A connection was made between classes of the Currie King Island school with classes at Le Bois-Plage (teacher Mr Couderc Philippe) and Ars-en-Ré (Mrs Sophie Couderc). Letters, cards and photos were exchanged, making the connection between King Island and Ile de Ré through Nicolas Baudin real for the islands’ children.

Mrs Liz Clemons, the teacher of French on King Island, had the pleasure of visiting Ile de Ré in 2003 where she enjoyed visits to the schools and excursions with the students. One excursion was to St-Martin-de-Ré where they saw the “Quai Baudin” and the dedicated garden.

Even more important was the exhibition in the “Musée Ernest Cognacq” of artefacts and artworks from Baudin’s inspiration. The children from Le Bois-Plage had added a special touch to the exhibition with square tiles that they had made at school with Kaoline (Caroline Guérin) to represent animals that were familiar to Australia’s aboriginal people.

Philippe and Sophie Couderc made a return visit to the school on King Island, which added much to the children’s understanding of life in France and particularly on l’Ile de Ré and was enjoyed by the students.

Liz was able to return to Ile de Ré recently to reignite the friendship and spirit between the two islands. She came with the blessing of the mayor of King Island and was able to meet with your AIA (Association d’Information Arsaise), Danièle Gros from the town council of Ars-en-Ré and the mayor of Saint-Martin-de-Ré, Patrice Déchelette.

She was excited to meet one class of students learning English in Ars en Ré with assistance from Marilyn Girard, their teacher of English. She was the very happy guest of Philippe and Sophie Couderc in Ars-en-Ré.

The next chapter is to be written: a story perhaps of a growing friendship between the Ile de Ré and King Island: two islands with much in common. Both have areas of treacherous rocks, a population of residents and of visitors, tourism but at very different stages, very important lighthouses, oysters, a respect for their history and an interest in recycling. Both have friendly people who have made lives within the limitations and benefits of island life. 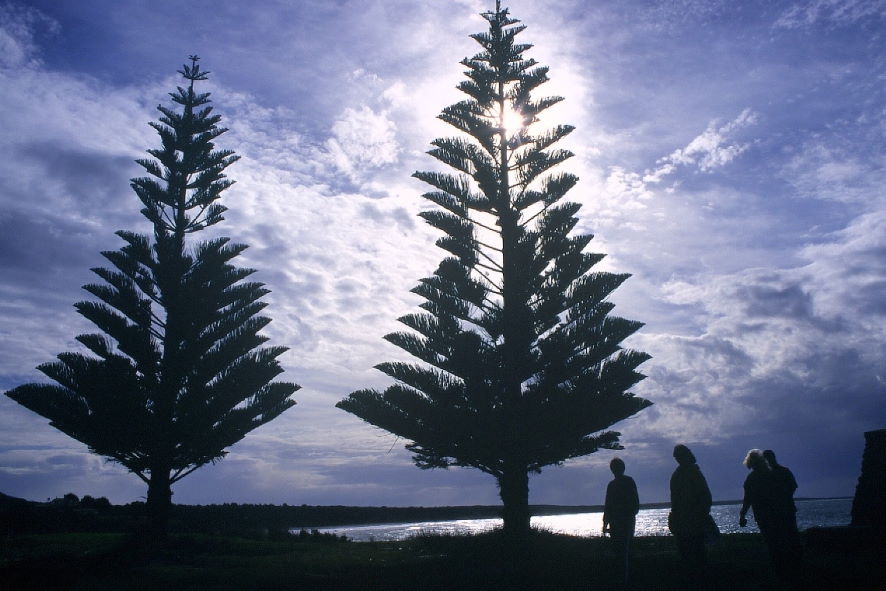 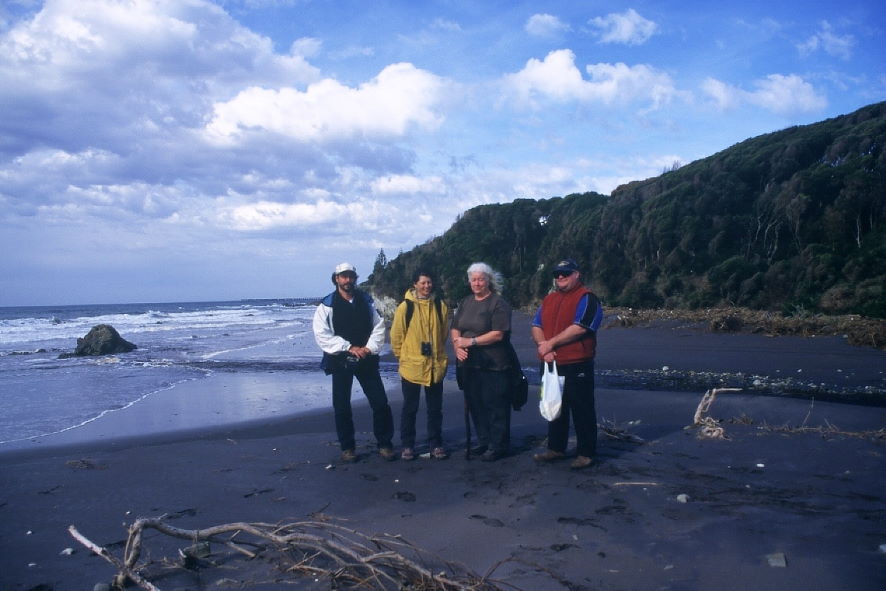 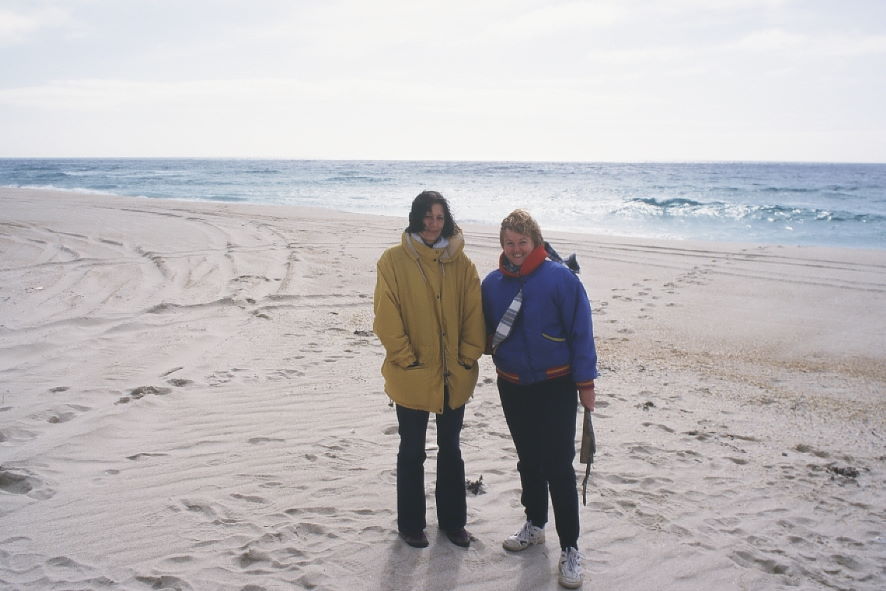 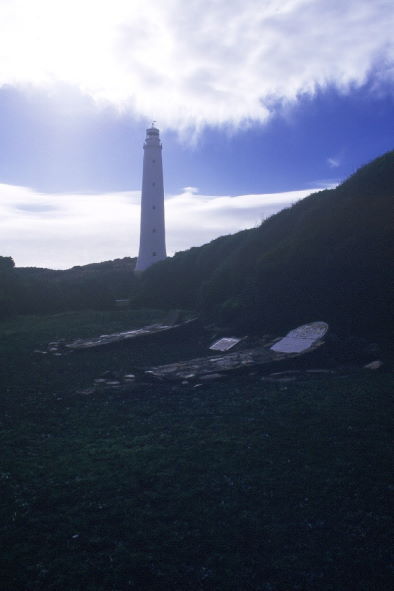